The Contact Period begins approximately 500 years ago and is marked by the arrival of Europeans in the Northeast. The first Europeans were explorers and seasonal fishermen and they were followed by colonists (like the Pilgrims in 1620) who set up permanent homes and settlements in North America. When Europeans first arrived in the early 1500s, approximately 21,000-24,000 Wampanoag lived in areas of what is now present-day Massachusetts and Rhode Island. By the arrival of the Pilgrims in 1620, the Wampanoag population had been reduced by up to 90%, mostly due to a European-introduced plague that swept through the area in 1616-18. The arrival of Europeans initiated a disruption to all Indigenous life and led to many subsequent cultural changes. Interactions between Indigenous groups and Europeans introduced differences in material culture, such as foods, technology, and clothing; non-material culture, such as lifeways, religion, and language; biological interactions, such as new plant and plant and animal species; and devastating diseases. 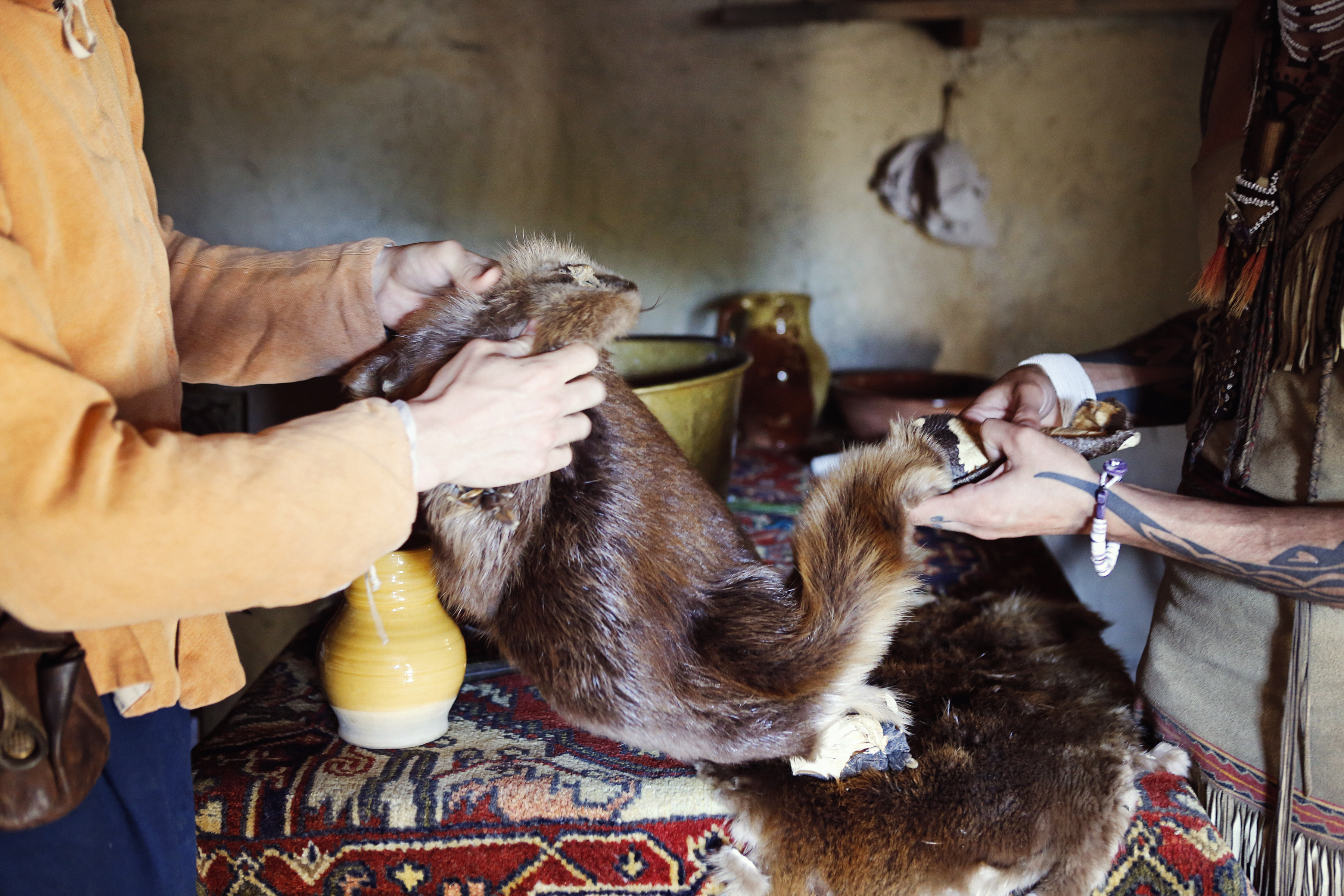