Archaeologists demarcate the Archaic Period by its warming climate and the growth of a temperate forest; this warmer climate provided a home for many new animal and plant species in the Northeast as well as access to resources that had once been covered by ice. Previously inaccessible local stone quarries, for example, could now be used for tools. The large mammals of the Paleoindian Period did not survive, but smaller species like deer, beaver, and turkey inhabited the new climate along with many new species of plants, animals, and fish. The Wampanoag moved seasonally to utilize these new species and to trade regionally for other materials. Because the glaciers had melted, the ocean and rivers were also more accessible. Many new types of tools were made to take advantage of the variety of resources with activities like chopping wood, drilling shells, building mishoon (canoes), and scraping hides. It is during this time that we have archaeological evidence of Wampanoag people beginning to use the Eel River site continuously. 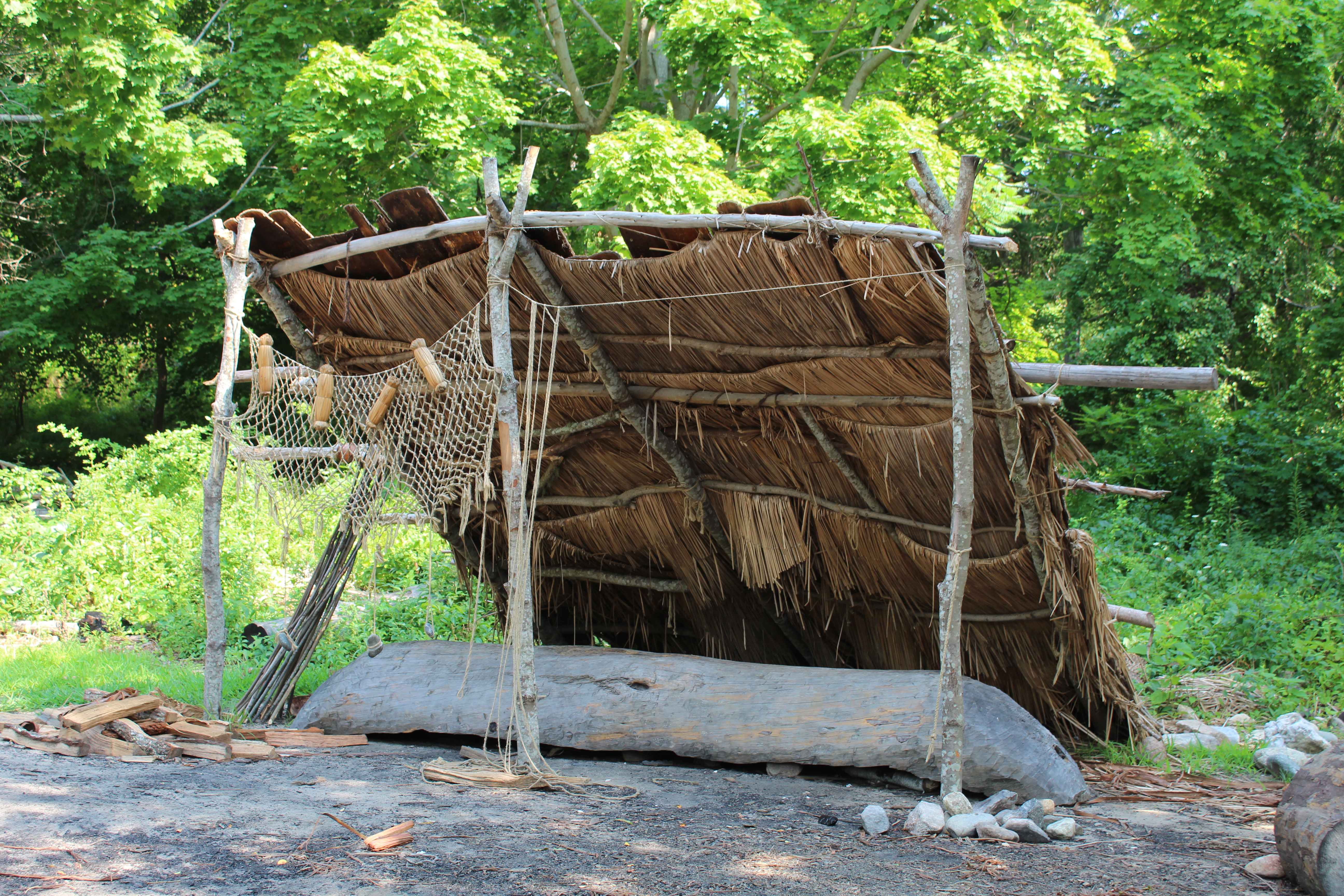