The earliest existing material culture from humans in the American Northeast dates to what archaeologists call the Paleoindian Period, near the end of the Ice Age. By this time, the Ice Age glaciers had melted, but the environment was still cold and tundra-like. People were quite mobile and hunted, gathered, and foraged for food and resources in this harsh habitat. Spears were the main tool used for hunting, especially since animals at this time were large. The Wampanoag, who were mostly nomadic at this time, hunted species like caribou, but in other regions, Indigenous people hunted even larger species like mastodon, musk ox, and giant beaver. Besides spears, people made stone tools to help them with tasks such as scraping animal hides, sewing, woodworking, and butchering. Although the Eel River site has evidence of people regularly living in this area in later periods, only a handful of Paleoindian artifacts have been found here and all of them are stone spear points. Whether or not these artifacts represent a permanent settlement or a Wampanoag person passing through the area cannot be determined. 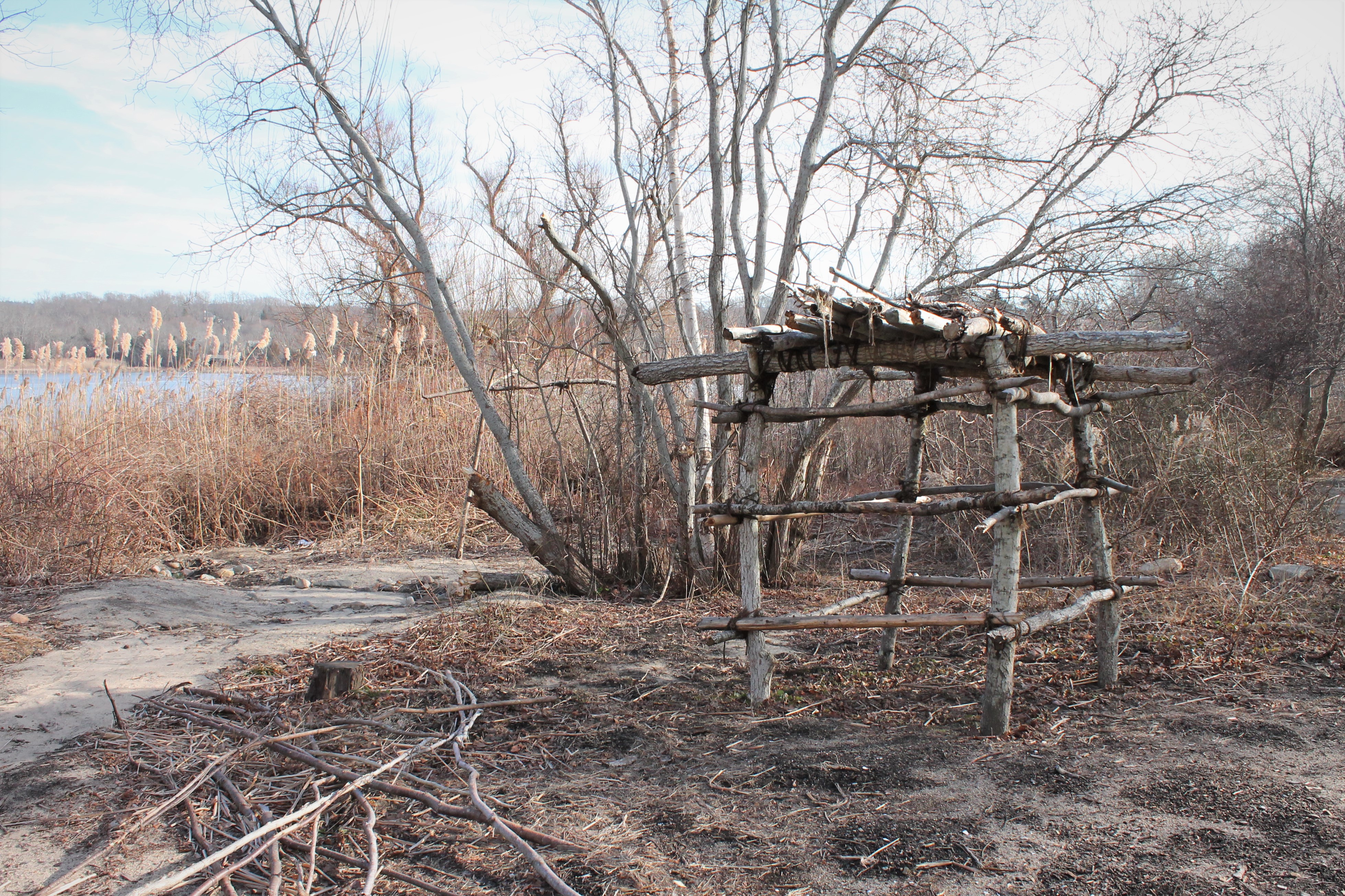